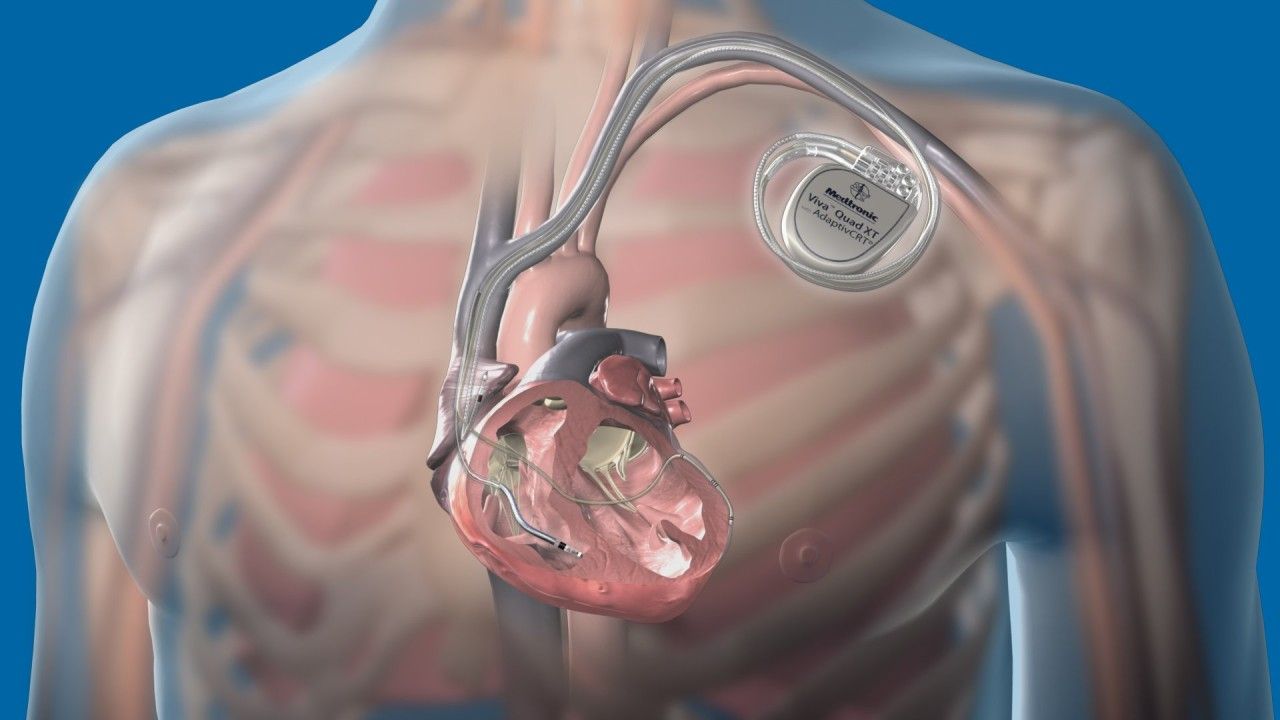 Last week RW Search had the pleasure of speaking with Feng Dong, the Vice President of Medtronic’s Cardiac and Vascular group for APAC. Medtronic as a company that needs no introduction, as it is well regarded as one of the most influential Med-Tech companies in the world. Often setting a gold standard for medical development and progression that has a purposeful and recognised impact across the globe. However, although having such a pedigreed reputation, it can never hurt to learn from one of its senior leaders as to how Medtronic maintains this Tier 1 influence on the Med-Tech world, and in particular within the Cardio-Vascular sector.

As this is a spotlight, it is apt to address the man before the company, and understand a little bit about Feng, and what drew him into the Med-Tech world. For Feng, Medtronic’s mission statement really guided his answer;

‘’We provide a solution for many diseases and therapies through our products, and we [principally] focus on how we can improve a patient’s life and restore their health. So, whenever there is an issue with the business or we’re struggling with some strategy, Medtronic’s mission statement is a guidance. The high-level principle for us is, how we can help the patient.

Also, because we are high-tech, we drive innovation and bring new technologies forward which allow patients to recover quicker. Finally, regarding the APAC region, there are multiple countries and multiple cultures here. We have two countries that have the largest populations in the world, China and India and we also have high growth areas such as Vietnam, Korea and Thailand, mixed with strong markets such as in Australia and Japan. APAC is a very attractive, interesting and complex market to work in.’’

Feng really stands by this patient focussed principle and this can perhaps best be showed through his pathway into the Healthcare Industry, where he initially started out as a Doctor; with a boots on the ground mentality, helping patients directly:

“My entrance into the Medical world began a very long time ago – almost 28 years ago, when I was a young doctor in China, working as an orthopaedic specialist. However, within my job here there wasn’t much room to learn and develop as the healthcare system in China at that time was in its developing stages. This meant we didn’t have much investment in hospitals, we were unable to afford products, there was little funding, and patients had to pay for treatment themselves. I had great peers/colleagues in this role and we all faced similar struggles.’’

In 1997 I transferred to a higher-level hospital for a fellowship, but I soon realised that the senior/higher level hospitals were in a similar situation, so I decided to join a Pharmaceutical company called Bayer as this was somewhere I could have a bigger impact.

It took much consideration to leave my role as a doctor; and even today, I do look back fondly on my days working in the hospital because as a doctor you feel that you’re directly helping people on a daily basis.”

“However, now I am working at Medtronic, and although the impact to patients might not be through my direct contact, I feel that I have a great in-direct influence on patients. I have a chance to talk a lot about innovation with some of the most famous doctors in the world, develop/drive a lot of new technological launches in new markets, and millions of people are benefiting from our products each year.’’

As Feng is now heading up APAC for the CVG group, I was intrigued to find out what he saw as the biggest complexity for handling a region like APAC?

‘’There is huge potential everywhere in APAC; we have a lot of emerging markets within SE Asia that are divided into a lot of smaller countries, like Cambodia and Sri Lanka. However, these are still in the developing stage of their healthcare systems and the different state of each economy brings forward complexity; but lets not forget that all areas globally have their own complexities, such as the Middle East and Africa, it is how you navigate them that is key.

‘’The main difference for APAC here is our population – that is the key – China and India are the two biggest markets with huge opportunity for growth and our job is to realise this.’’

‘’However, back to our portfolio, we have pacing, interventional cardiology, structural heart, surgical etc but the penetration into every single therapy area is still low [within APAC] compared to the US and Europe, even including Japan; there are some new technologies here but [in comparison] they are still behind due to regulation’’.

‘’In every country the culture is different, regulations are different, and the development of the health care systems are different – I would argue these are the biggest challenges’’.

As explained above, APAC is a complex market with multiple sub-economies, and the culture within each country differs from the next one. With Asia being the continent that will see the most economic progression in the next 30 years, I asked Feng where is the next frontier of expansion, considering China has been a key focus for so many years?

‘’This really depends, there are multiple countries with much opportunity – especially I think if you talk about Japan’s economy, being the second largest country in Asia. I think if you talk about reimbursed therapy, Japan is most important country. As I said, they are the second largest economy in Asia and also their doctors training level is much higher, on average, than across Asia, offering continued opportunity.

But, talking about growth, then obviously India is an area that we must pay attention to. However, in India pricing can be controlled – and that can be a problem, India also has its challenges from facing local competition, and we need to look at how to drive localisation and differentiate products and strategy to compete. [That being said] it is good to talk about volume here and they do have a need on the private side – with several private hospitals like Apollo who have world class doctors; so here, localisation could be a solution. India, I think overall, looking at the geography, is the country with the most opportunity”.

In other parts of South-East Asia, there are also multiple countries with much opportunity. Vietnam, Malaysia, Indonesia have large populations and have received strong investment from the government for their healthcare.

Following COVID-19, it is without a doubt that the pandemic posed many obstacles for the healthcare industry and ‘as a whole’ companies were required to adapt under the unprecedented circumstances. Medtronic had a very interesting, and indeed altruistic response to the pandemic that really went on to surmise the idea of patient first treatment; Feng went on to explain:

‘’At Medtronic, we are really strong in other therapy areas and have ventilators and other products which helped patients during the Pandemic. We decided to open our data for other manufacturers to produce the parts. We opened our IP for others to utilise, to produce the products that went on to help treat the patients.’’

In terms of how Medtronic responded to the pandemic on an internal business front, it was rather informative; the results of COVID led to a long term impact on the company’s structure, as has been well documented in their major January restructure.

‘’We quickly organised a committee which I was a part of, we had weekly updates for every country on supply chain teams and commercial teams. We tried to provide support to corporate and to drive implementation in each specific region. Overall Medtronic had a good system to manage this crisis. Definitely business was impacted, but recovery has been pretty fast. [In terms of] recovery for the US, Japan, Australia and most of Europe, it is well under way and has been controllable and manageable.

We also drove the new re-structure which will hopefully give Medtronic a better outcome. The driving force relates to our mission and long time strategy to investors. Which is to drive innovation and bring new technologies to the world! [Fundamentally] we did not want to let COVID affect this.

From a Region perspective the new structure builds focus, we have 20 operating units for every single therapy. This will enable us to run the business more independently. From this change, the new culture will let us make quick decisions and drive the competition and focus on the right thing to do for running a business. From my side the new leadership wants the company to run quicker and make sure we are agile and strong enough to compete with our competitors and bring the best products for our patients.

In the long term, it means we can maximise R&D and put more money into investment into the future.’’

It was a real pleasure connecting with Feng Dong and gaining insight into his career, motivations and what he see’s for the future of the APAC market, not just in Cardio-Vascular, but also Med-Tech in general. A thought provoking and engaging leader and I look forward to seeing where his career takes him.