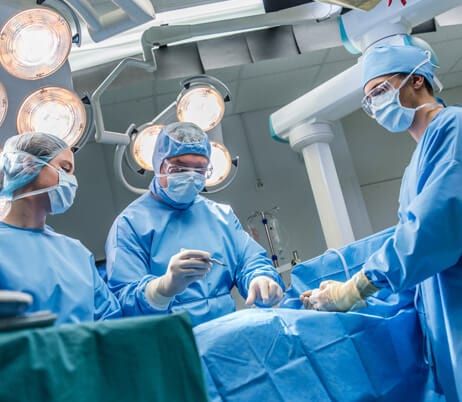 TAVI, and the race to usurp the throne

Aortic Valve Disease is becoming increasingly prevalent within the ageing Western population, occurring in about 1% of patients over the age of 65 and 2% over 75 [1].

With these figures posing a significant economic and health issue, less invasive procedures suitable for older, more vulnerable patients are in higher demand. Thus, the usage of the Transcatheter Aortic Valve Implantation (TAVI) is becoming a standard of care for patients in the aforementioned demographic.

In this article, I will delve into the benefits of the TAVI procedure and also analyse the challenges it poses, whilst simultaneously demonstrating where the continued economic opportunities will present themselves globally for the Med Device companies of the world. Finally, I will look at the market leaders, assessing how they gained their position, and also contemplate whether they are set to remain in pole positions, or whether the new players that I mention will remove them from their perch.

Whilst TAVI is not the stand-alone method to treating valve disease, Surgical Aortic Valve Replacement (SAVR) has been the market norm for many decades; in recent years we have seen the sharp rise of TAVI procedures because SAVR is just not an option for nearly 1/3 of all patients with aortic valve stenosis. This is principally due to their frailty and the complexity that a SAVR procedure incurs [4]. Unlike with the SAVR, TAVI is done with minimal anaesthesia and allows next-day discharge from the hospital. Such minimal disruption for both the patient and the Dr has resulted in TAVI gaining a compounded interest in utilisation. On top of this, TAVI has been argued as an equally successful procedure for its patients, as a recent study from the Smidt Heart Institute at Cedars-Sinai and other centres nationwide showed that patients who underwent TAVI, had similar 5-year clinical outcomes as patients who had traditional open-heart surgery [5].

However, whilst TAVI seems to be the favourable choice in avoiding the stress of an open-heart procedure, not everyone is a suitable candidate. A potential TAVI patient must have severe aortic stenosis and a three-leaflet valve versus a two-leaflet valve, [5] and patients with endocarditis (infection of the heart) or associated aneurysms are unable to undergo the procedure. Additionally, although the study by the Smidt Heart Institute showed their results, it is still disputed that TAVI does have an uncertain lifespan. This opinion is proclaimed by none other than Michigan Medicine Cardiac Surgeon G. Michael Deeb, who states that although “50- 60-year-old patients might qualify for a TAVR procedure, we don’t know what the durability of the valve is, so SAVR must be considered” [5].

The largest utilization of TAVI takes place in Europe, with a market share of nearly 52% in 2017. North America follows on from Europe with the second largest market share, some 10% as of 2017 [9].

So, who are the leading companies specialising in TAVI?

Abbott, who completed the acquisition of St. Jude Medical in 2017, has shown a strong position in the fast-growing areas within the cardiology sector.

Abbott released the Portico transcatheter aortic valve after receiving CE mark in 2012. Yet, the safety of Abbott’s Portico device caused some pressing concerns on their ability to become the market leader. In comparison to Edwards ‘Sapien’ and Medtronic’s ‘CoreValve’, the Portico device has shown a higher rate of mortality, stroke, bleeding, acute kidney injury, and/or major vascular complications within 30 days compared to the aforementioned competitors. Indeed, their figures are some 4.2% above Edwards and Medtronic [11].

Following these concerns, Abbott has recently developed the new FlexNav delivery system, based on physician feedback, to incorporate a more stable and accurate placement during the TAVI procedure. However, because of the initial unreliability of Abbott’s Portico device, I foresee Abbott struggling to convincingly catch up to Medtronic and Edwards Lifesciences, and with the rise of some very interesting companies discussed below, unless Abbott provides a pivotal change, they could find the TAVI space missing their usual dominant presence.

It appears to me that Boston Scientific’s decision to pull one of their TAVI devices from the market has hindered their position as one of the key market leaders. This decision occurred out of problems with the delivery system. As a result, Boston decided to discontinue the LOTUS Edge valve system in late 2020, this is in spite of it having been forecasted to be the third biggest-selling TAVI device in 2026. Off the back of this decision, Boston’s stock went down 10% and the company subsequently took a hit of $300m [12].

In the wake of this decision, Boston is now entirely reliant on their second TAVI device, the Accurate Neo2. This was obtained following the acquisition of Symetis in 2017 for $435 million, a privately held Swiss manufacturer of TAVI devices. I would hope that this tactical decision would allow Boston to recover their reputation as a key player in the TAVI market, but I feel this is unlikely as the Accurate Neo2 has also raised some safety concerns post-procedure, and I see this setting them back in terms of their market presence. Boston may be in for a difficult time as they compete with both the CoreValve and Sapien which are considered the best and safest devices on the market, and the aforementioned factors are likely to seriously hinder market capitalisation for them.

Edwards lifesciences is the main player in this space, there is no doubt about it. A lot of this centres around being the ‘first market’ mover, as they were the first company to gain CE Mark approval for their device to be used on low-risk patients. This invariably led to a strong market infiltration and contributed to TAVI becoming a standard of care across a wider demographic. The numbers speak for themselves, with Edwards currently holding about 60% of the global transcatheter aortic replacement market and showing a better safety endpoint – because of this, I believe Edwards will hold and in fact compound on their position of the largest share of the TAVI market in Europe as they are the product most KOL’s are familiar with.

Medtronic holds the second-leading position on the TAVI market. Following the trial of its intrepid TAVI replacement. I predict Medtronic making a significant impact on the mitral valve replacement sector after releasing The Evolut TAVI platform and the CoreValve, which show promising results being the only device on the market to demonstrate statistically better outcomes in terms of all-cause mortality or stroke, 3 years post-procedure.

For me, I can’t see Medtronic losing its grasp on being the second most influential player in the TAVI market, it just feels that Edwards’ advantage is unsurmountable, and considering the significance that this procedure plays in their annual revenue – they will do everything to keep it so.

I see Highlife medical making a real impact on the aortic valve replacement sector, and clearly, the PE/VC sector does as well as they have recently raised $14 million for their transcatheter mitral valve replacement. Highlife’s two-component mitral valve device, which is currently investigational and not yet for sale, will be a revolutionary addition to the TAVI industry, with the ability to implant in annuli with the largest axis starting at 35mm and moving up to 50mm.

LivaNova entered the race to commercialize the transcatheter mitral valve repair by purchasing the remaining stake in Caisson Interventional in May 2017 [10]. They have also invested in Highlife Medical, a company I have pinpointed as having a lasting impression on the TAVI/TAVR space.

Neovasc currently offers the Tiara transcatheter mitral valve replacement device that is implanted in a roughly 20-minute procedure. This device has a lot of potential to make a big impact in the TAVI field, showing low rates of all-cause mortality, and paravalvular leak levels reported as absent or mild in 100% of cases. However, following a legal spat with CardiAQ in 2016, which found that Neovasc misappropriated trade secrets in developing the Tiara device, which could potentially impact their credibility whilst trying to expand within such a competitive market.

4C Medical Technologies is a med device company developing innovative therapies for structural heart disease. This company is making significant expansions in such a crowded TAVI market, as they have managed to differentiate themselves with the AltaValve device. This device, which is delivered transeptally, has a unique supra-annular design which could be the only TMVR that can be implanted in patients with a previously failed mitral edge-to-edge repair.

In conclusion, it is evident that TAVI is the new frontier in the cardio device field and the rising geriatric population along with increasing cases of heart disease is driving the global TAVI market. However, high cost and safety risks during surgery may hamper the market growth for some of our more established market leaders, which just means that a vacuum is created for newer companies to seize. Despite this, our standardised blue-chip market leaders will undoubtedly continue to make an impressive impact on this space and will no doubt increase the adoption of TAVI within the more emerging markets of LATAM, APAC, and MEA.